5 THINGS TO DO IN SAPPORO IN WINTER

The Sapporo Snow Festival (さっぽろ雪まつり, Sapporo Yuki Matsuri) is held during one week every February in Hokkaido’s capital Sapporo. It is one of Japan’s most popular winter events. 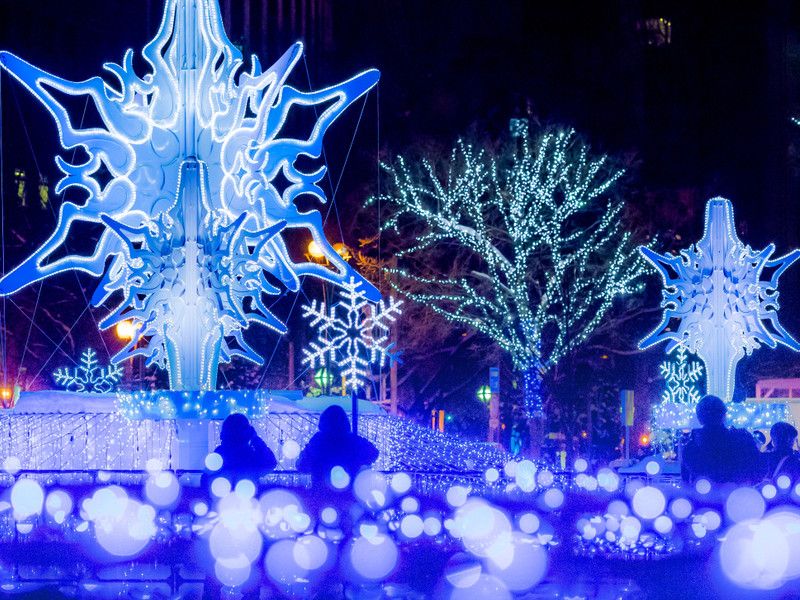 The Sapporo Snow Festival was started in 1950, when high school students built a few snow statues in Odori Park. It has since developed into a large, commercialized event, featuring spectacular snow and ice sculptures and attracting more than two million visitors from Japan and across the world. The snow festival is staged on three sites: the Odori Site, Susukino Site and Tsu Dome Site.

The main site is the Odori Site in Sapporo’s centrally located 1.5 kilometer long Odori Park. The festival’s famous large snow sculptures, some measuring more than 25 meters wide and 15 meters high, are exhibited there. They are lit up daily until 22:00.

Hokkaido is the birthplace of beer in Japan. Sapporo Beer, one of the oldest and most popular beer brands in the country, has been brewed in Sapporo since 1877. 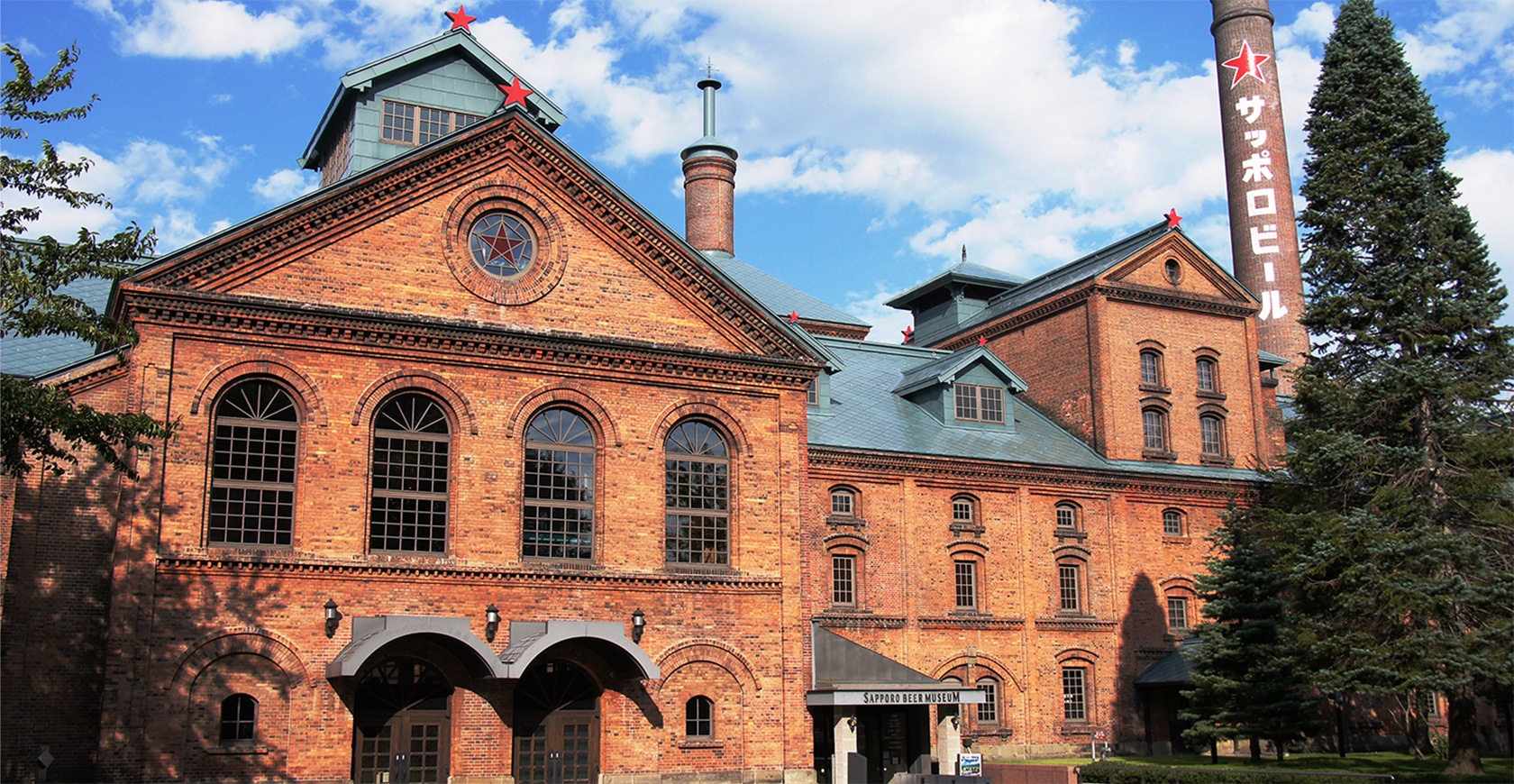 The Sapporo Beer Museum (サッポロビール博物館, Sapporo Beer Hakubutsukan) was opened in 1987 in a former brewery from the Meiji Period. The museum introduces the history of beer in Japan and the process of beer making. After the exhibitions, beer tastings are available at a small fee. Alternatively, paid tours are held in Japanese that include a tasting session at the end.

Next to the museum is the Sapporo Beer Garden, which consists of a few restaurants. Among the restaurants are several, atmospheric beer halls, but also the more sophisticated Garden Grill restaurant. Popular in the beer halls are all-you-can-drink beer and all-you-can-eat mutton BBQ, a popular local dish named after the great Mongolian ruler Genghis Khan (Jingisukan in Japanese).

Shiroi Koibito Park (白い恋人パーク) is a theme park by Ishiya, a local chocolate company. The company’s flagship product is the Shiroi Koibito cookie, which consists of two thin butter cookies and a layer of white chocolate in between. It is one of the most famous souvenirs from Hokkaido. 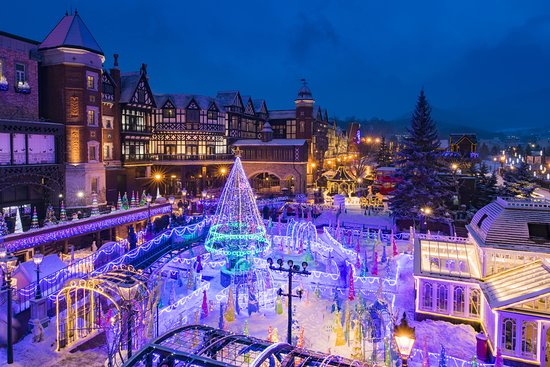 The park consists of a free area with a shop, cafe and restaurant and a paid area with various chocolate-related exhibits and, most interestingly, a few large windows through which visitors can observe the cookie production process in the factory. It is also possible to create your own cookies in hands-on workshops.

For ice fishing, you can make your way to Barato River. It takes half an hour ride by car from downtown Sapporo to reach this popular ice fishing spot and you will be provided all sorts of fishing equipment. There will meet a guide who explains you everything you need to know prior to ice fishing. 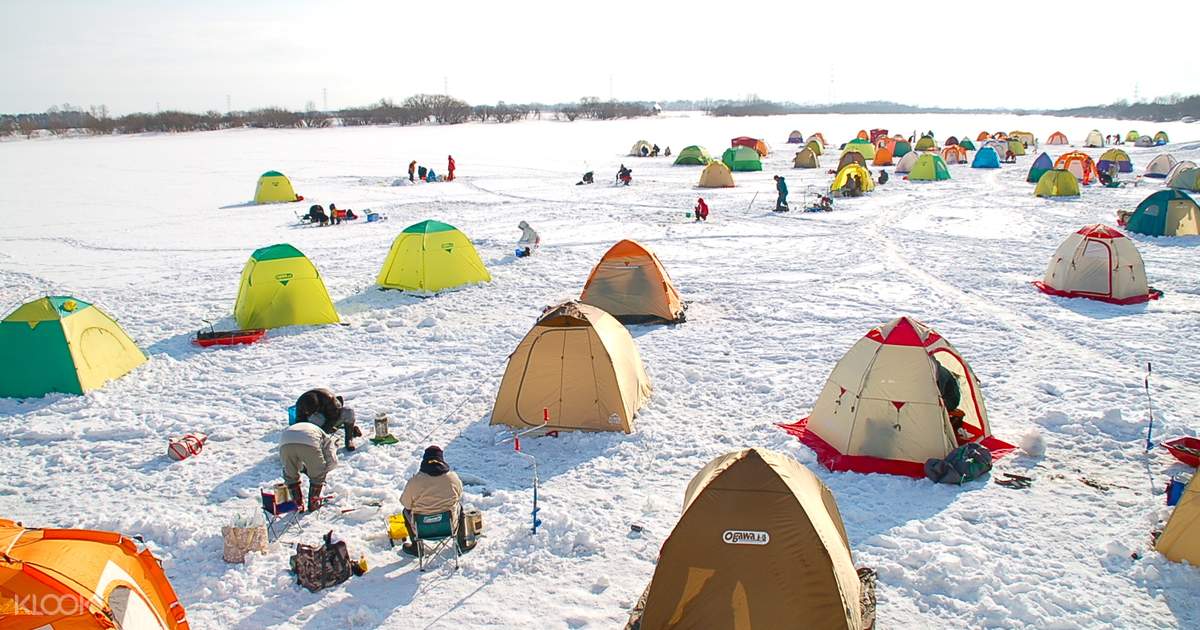 The weather out there is cold enough to make you crazy about it, so wear warm clothes such as winter jacket, cap, gloves, muffler, sunglasses, socks, and so on. 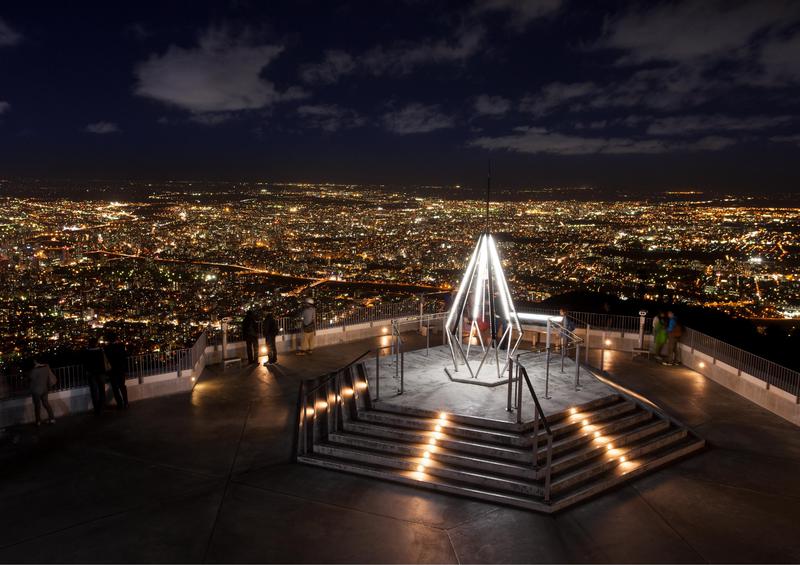 Mount Moiwa (藻岩山, Moiwa-yama) is one of several small, forested mountains southwest of central Sapporo. The mountain is a popular sightseeing spot that is known for the spectacular view out over the city from an observation deck at its summit. The view is especially beautiful after sunset.

The Mount Moiwa Ropeway climbs from the base of the mountain three quarters up the mountain to a transfer station. From there a rather unique mini cablecar travels the rest of the way to the upper station at the summit where there is an observation deck and restaurant with nice views out over the city. The station also houses a planetarium and theater. The ropeway and building complex at the summit were reopened in 2012 after extensive renovations.

The Mount Moiwa Ski Resort lies on the mountain’s southeastern slope. This skier-only resort has several runs and is close to Sapporo City; however, it is approached from a different direction than the Mount Moiwa Ropeway.

12 FUN THINGS TO DO IN HONG KONG

10 TOP THINGS TO DO IN CHIANG MAI

BEST THINGS TO DO IN KAOHSIUNG, TAIWAN

20 THINGS TO DO IN SHANGHAI, CHINA

TOP 10 THINGS TO DO IN KYOTO

About The Kind Tourist

The Kind Tourist is a travel guide and resources that covers destinations around the world! Hope you will get your information for your upcoming trip with this website.