Sapporo, the largest city on Japan’s northernmost island of Hokkaido offers many great reasons to visit! Here are a few top rated tourist attractions you can find: 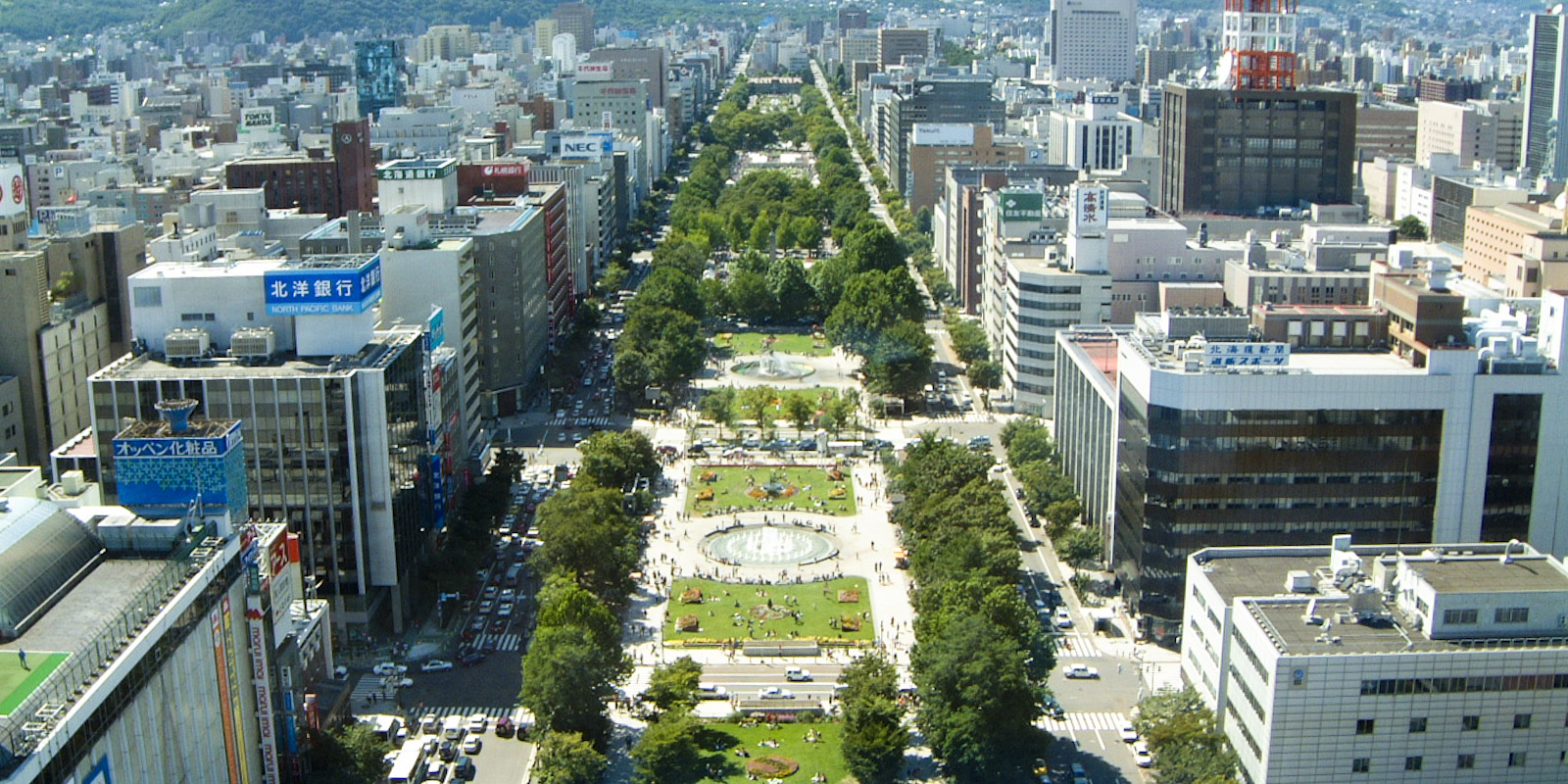 Odori Park is an oasis of green in Sapporo’s downtown core that slices through the city. It stands in stark contrast to the high-rises and offices around it and serves as the best place from which to begin exploring this dynamic destination. Not unlike the many broad avenues typical of European cities like Paris, this delightfully wide one-and-a-half-kilometer-long stretch of park, with its open space and gardens, fountains, and art sculptures, connects many of the city’s most interesting attractions such as the Sapporo TV Tower and various museums and galleries, as well as shopping and entertainment districts. It also serves as an important venue for cultural events, including the spring Sapporo Lilac Festival and the always-popular Sapporo Snow Festival. Odori Park is close to the underground shopping area and business district of Sapporo.

In the severe winter in Hokkaido, the big scale snow statues and the visual image snow works are gathered there. There is no doubt that you will be hugely impressed with them. They have various events running along with the snow works. Please wrap yourself up well and enjoy this unique and fantastic snow festival. 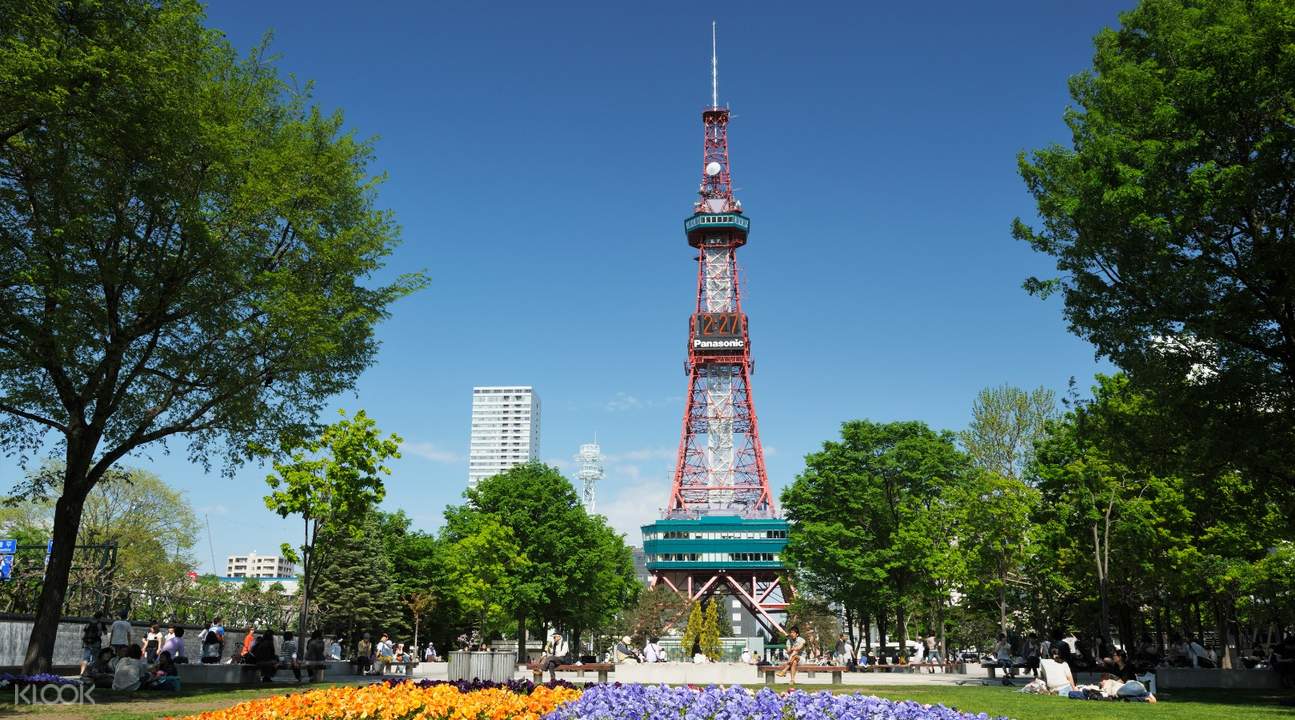 Built in 1957, the 147-meter-tall Sapporo TV Tower (Sapporo Terebi-tō) remains one of the city’s most visited landmarks. Easily accessible from Odori Park, the tower offers superb views over Sapporo from its observation deck, as well as from its restaurant. In addition to on-site stores, the tower also houses an interesting exhibit on the ground floor relating to the structure’s history, along with access to a large underground shopping precinct. A highlight of the tower’s exterior are the large digital clocks installed in 1961, and at night, it’s certainly pleasant enjoying a meal at one of the many traditional food outlets close by as you admire the tower’s illuminations.

One of Sapporo’s most obviously western influenced landmarks, the splendid Former Hokkaidō Government Office was built in 1873 to house the offices of the predecessor government that once watched over the island’s affairs. Later extensively restored after a devastating fire, it now offers exhibition space and serves as a tourist center for the city and is well worth a visit for both its interior décor and its bright red-brick exterior. Impressive in size, the structure includes some two-and-a-half million bricks sourced locally and houses a collection of important paintings and other artworks, along with furniture and displays dealing with the building’s important place in the history of the region. Afterwards, be sure to visit the splendid gardens and pond, especially when in use as a venue for musical and theatrical events. 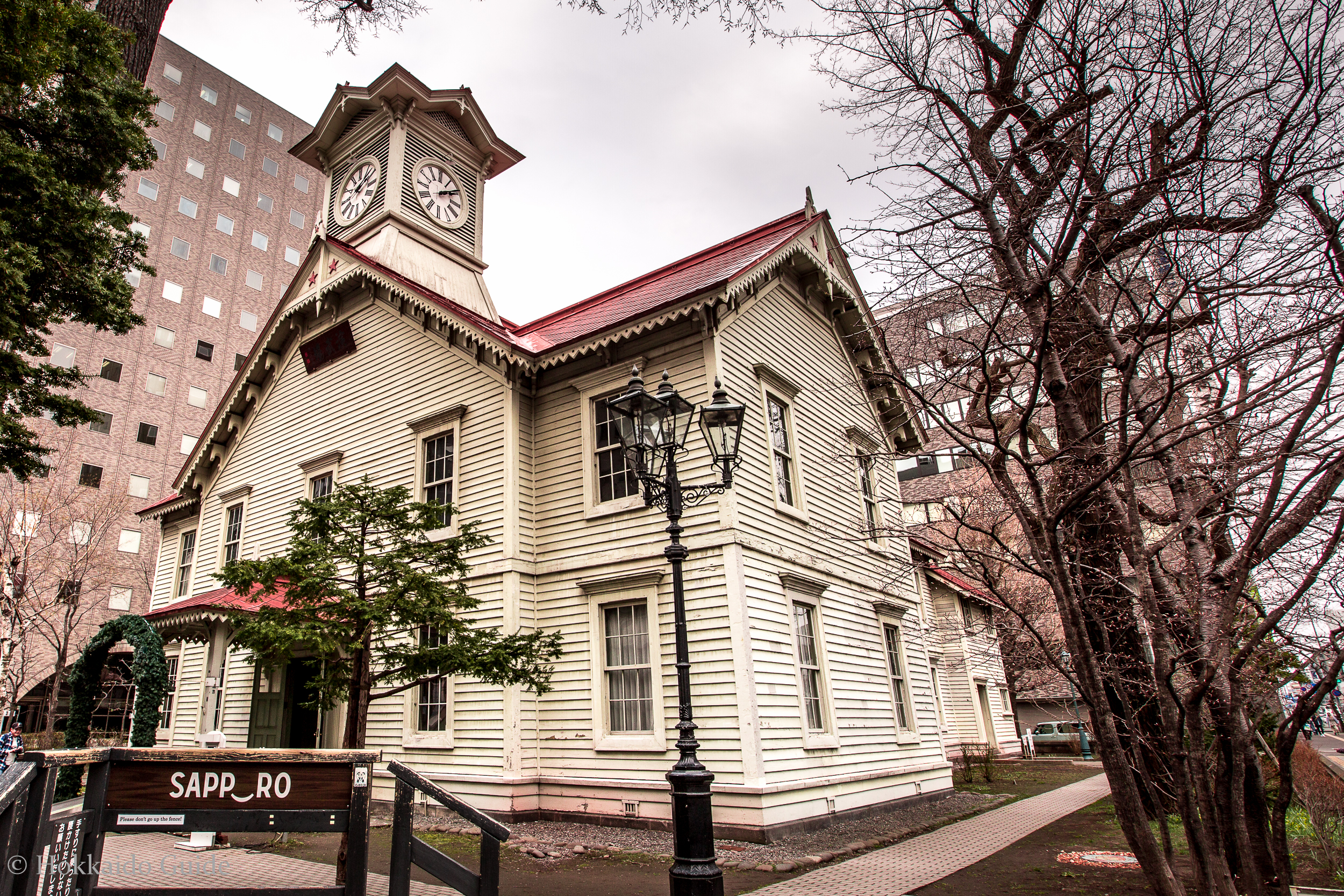 Another of Sapporo’s surviving western-influenced structures is the city’s famous Clock Tower (Sapporo Tokeidai). Built of wood and closely resembling the kind of colonial-style building common to many US small towns (a fact owed in part to the Americans involved in the planning of the city), the Clock Tower is a must-see on any visit to Sapporo. In addition to the still-functioning and chiming clock, other highlights include an interesting museum detailing the history of the region with a particular focus on farming. The facility is also used frequently for musical and theatrical productions, as well as community events and workshops. 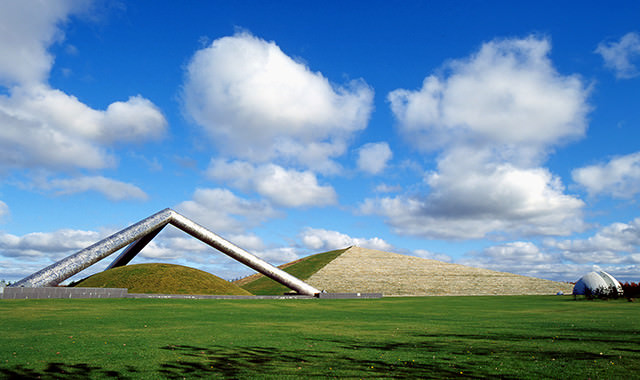 Moerenuma Park (モエレ沼公園, Moerenuma Kōen) is a large park in the outskirts of Sapporo. Surrounded by a marsh, the park has a circumference of about four kilometers. The grounds are covered in attractive green space and there are massive, dramatic features that make the park a very unique public space.

The park owes its bold design to the renowned Japanese American sculptor Isamu Noguchi. Born in the United States, Noguchi spent a considerable part of his professional life in Japan and maintained a workshop in Takamatsu. In 1988 the city of Sapporo entrusted Noguchi with the creation of a park on the spacious grounds of a landfill. Shortly after the plans were completed, Noguchi passed away, but his designs were carried out and the park was opened to the public in 2005. 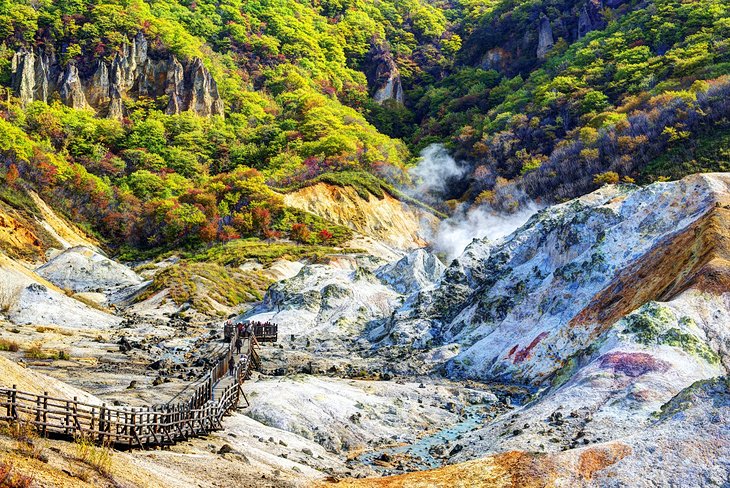 Shikotsu-Toya National Park (支笏洞爺国立公園, Shikotsu-Tōya Kokuritsu Kōen) was named after its two famous lakes, Toya and Shikotsu. The park is located in southwestern Hokkaido. Its proximity to Sapporo makes it a popular destination for travelers with limited time in Hokkaido.

Shikotsu-Toya is the easiest national park to access from Sapporo and offers visitors a range of outdoor activities from hiking to hot springs. The spectacular scenery includes caldera lakes, onsen towns and volcanic mountains. 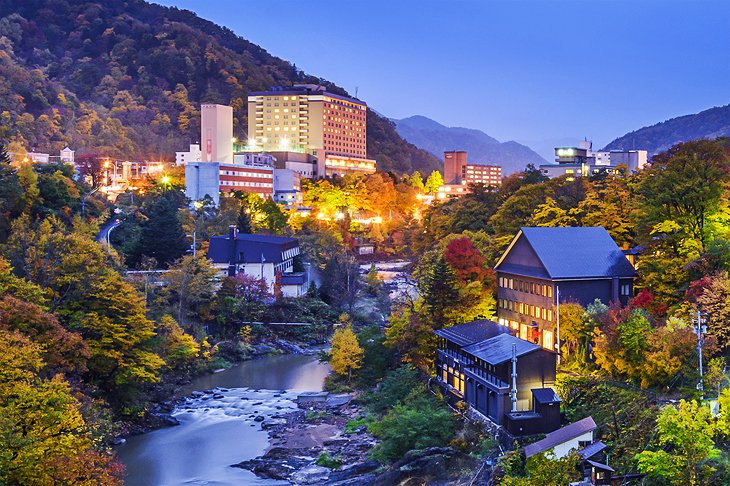 Jozankei Onsen (定山渓温泉, Jōzankei Onsen) is located inside Shikotsu-Toya National Park between the high cliffs of the Toyohira River. The town is only one hour outside central Sapporo, making it a popular side trip from the city. As a result, Jozankei is rather developed compared to smaller onsen towns in Hokkaido.

The onsen waters of Jozankei were discovered in 1866 and the town now has dozens of ryokan, restaurants and shops catering to hot spring tourists. Many ryokan offer day visitors entrance to their baths for a fee of 500 to 1500 yen. Furthermore, free foot baths can be found around town.

TOP 5 THINGS TO DO IN SINGAPORE

12 FUN THINGS TO DO IN HONG KONG

10 TOP THINGS TO DO IN CHIANG MAI

BEST THINGS TO DO IN KAOHSIUNG, TAIWAN

20 THINGS TO DO IN SHANGHAI, CHINA

TOP 10 THINGS TO DO IN KYOTO

5 THINGS TO DO IN SAPPORO IN WINTER

About The Kind Tourist

The Kind Tourist is a travel guide and resources that covers destinations around the world! Hope you will get your information for your upcoming trip with this website.