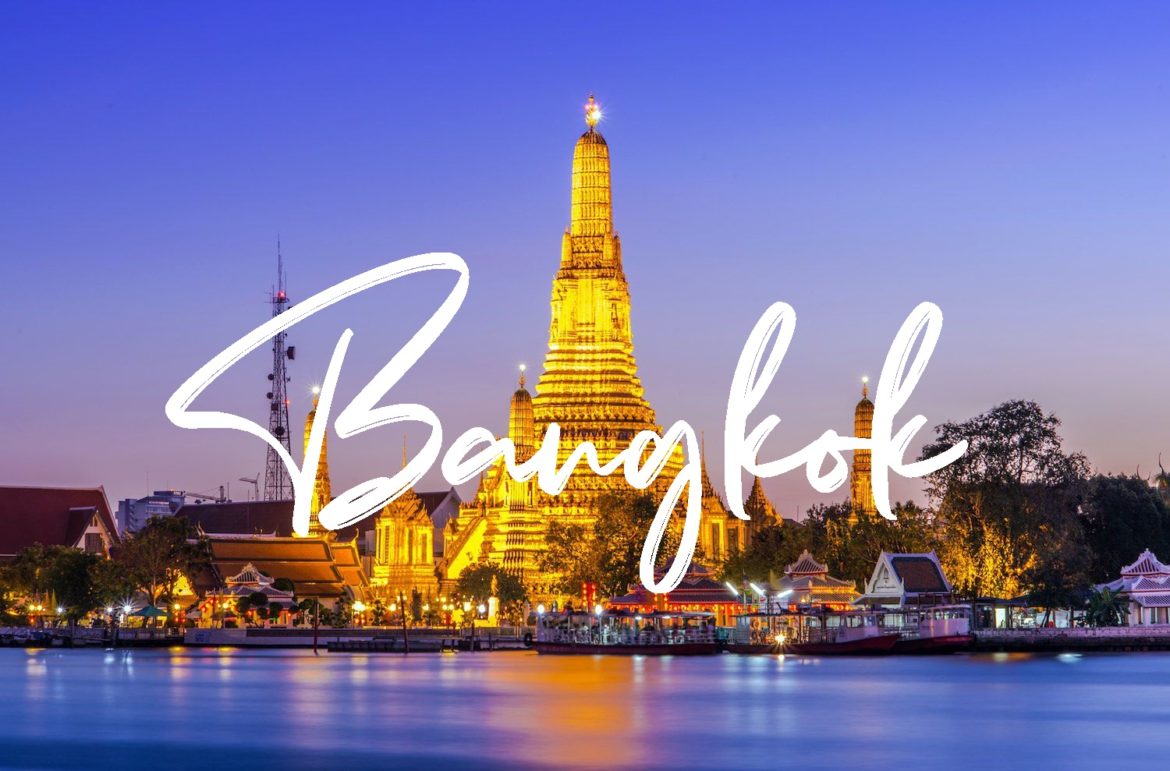 How to get to Bangkok?

Bangkok has two airports and many travellers will use both of them on a trip to Thailand. Opened in 2006, Suvarnabhumi (airport code: BKK) is located 30 kilometres east of the city centre and serves dozens of long-haul international airlines along with domestic flights with THAI and Bangkok Airways. You’ll arrive here if flying to Bangkok from, say, Europe or North America. Up in Bangkok’s northern reaches, the older Don Muang (airport code: DMK) is a hub for low-cost carriers like Air Asia and Nok Air, which mainly offer domestic and regional flights within Asia. Free shuttle buses link the two airports, each of which can be reached from central Bangkok by various modes of transport.

Travelling to the City from the Airport?

By Train: This is the most popular and best way to get to downtown Bangkok from the airport. You can proceed to take the Airport Rail Link from Suvarnabhumi to Phaya Thai Station (THB 45) and from there, you can transfer to BTS line and proceed to the station nearest to your hotel. 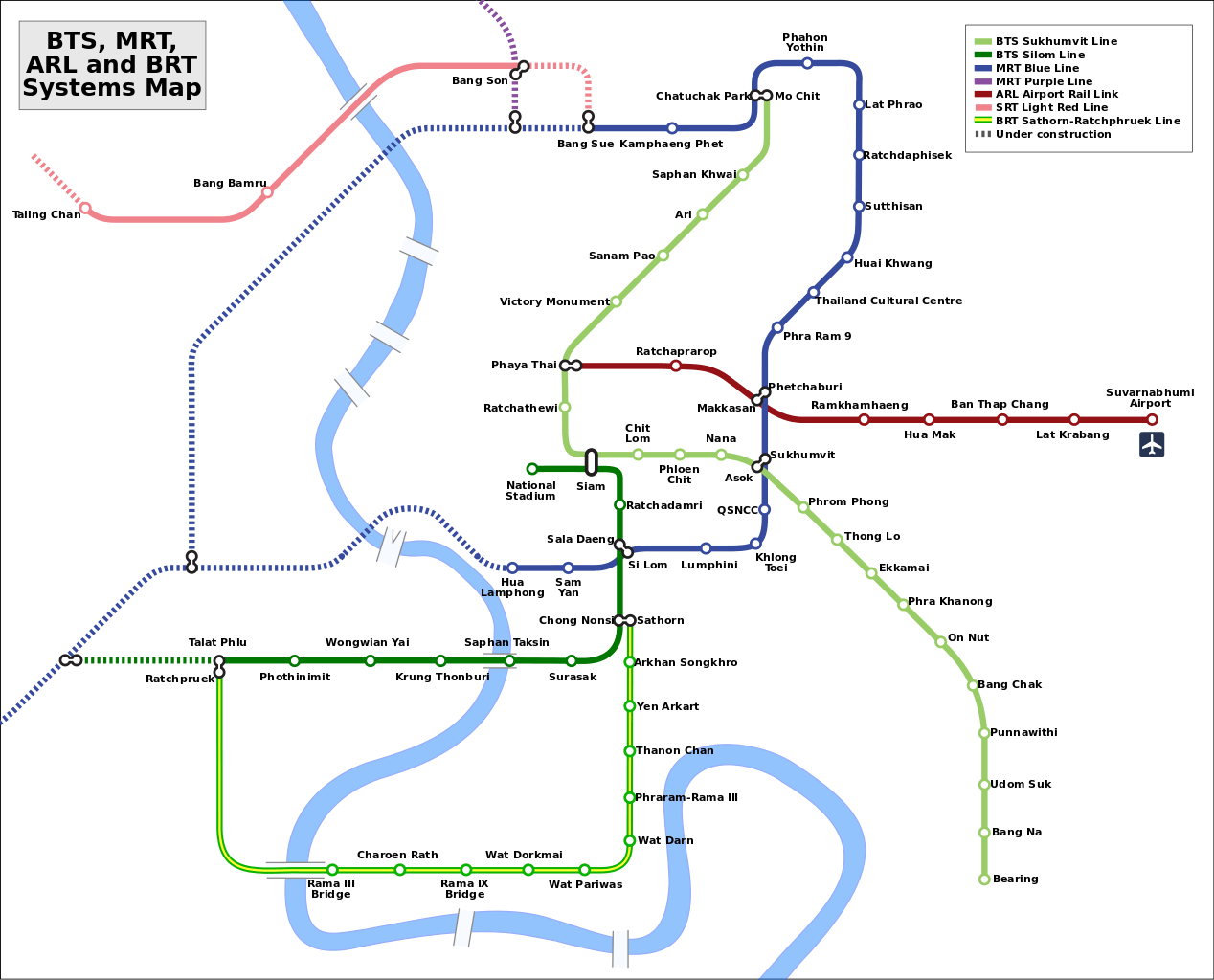 By Bus: You can catch the S1 bus from Suvarnabhumi to Khaosan Road. Departing from Gate 7 on the first floor of the passenger terminal, the fare is THB 60 and it runs every 30 minutes from 6AM-8PM. The journey takes around 1 hour approximately.

By Taxi or Grab: Taxi is the most convenient option as it will bring you straight to your hotel, anytime. A taxi from Suvarnabhumi to downtown Bangkok should cost you around THB 400 (with airport surcharge and toll). Usually, people choose it when traveling with children and heavy luggage. Taxi service is available at Passenger Terminal (first floor) gate 4 and gate 7. It is recommended to take a metered taxi (taxi with meter). And don’t forget to ask taxi driver to switch the meter on!

There’s no train service or stations at Don Mueang Airport, do you will need to take a bus or a taxi from the airport to the nearest train station, which is “Mo Chit”.

By Taxi or Grab: A taxi from Don Mueang to downtown Bangkok should cost you around THB 350 (with airport surcharge and toll). It is recommended to take a metered taxi (taxi with meter). And don’t forget to ask taxi driver to switch the meter on!

Bangkok enjoys tropical climate, which is just warm year round with two seasons, rainy and dry!

The dry season is from November to April while rainy season is from May to October. Late November and early December may be the best time to visit Bangkok, when the city is drying out from the monsoon season and experiencing a slight cool down, and the holiday crowds have yet to arrive.

You might want to avoid March to May which are typically the hottest months if you are afraid of the heat! The temperature often exceeds 40°C (104°F), however, Songkran, or the Thai New Year happens every April! These 3 days festival turn the city into a big water fight, making a fun time to also be in Bangkok!