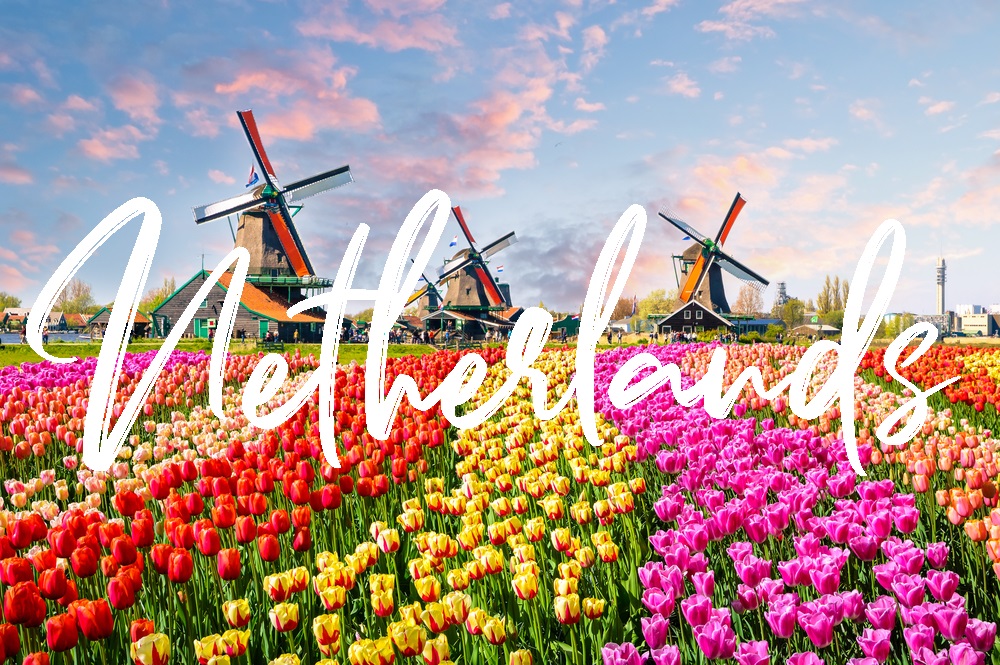 The official name of the country is the Kingdom of the Netherlands. King Willem-Alexander is the king of the nation. Holland actually only means the two provinces of Noord-Holland and Zuid-Holland. However, the name Holland is often used when all of the Netherlands is meant.

The capital of the Netherlands is Amsterdam, and The Hague is the seat of government in the Netherlands. The Netherlands in total is over and over again called as “Holland”, even though North, as well as South Holland, is, in fact, simply two of its provinces. With little over sixteen million population, it is a heavily populated country. It once used to be a huge naval power. This small country talks with excessive pride about its cultural heritage and is well-known for its painters, clogs, windmills and scandalously flat lands.

How to get to Netherlands?

There are five airports in the Netherlands:

Amsterdam Airport Schiphol – Schiphol is the biggest, most important and the busiest airport in the Netherlands. It’s the fifth most trafficked airport in Europe. It is located in Haarlemmermeer, a municipality that borders towards the city of Haarlem. The tourists who land at Schiphol can benefit themselves of the suitable Dutch Railways (NS) service that links the airport to Amsterdam Central Station within 15 minutes. Schiphol is the main convenient civilian airport for Amsterdam.