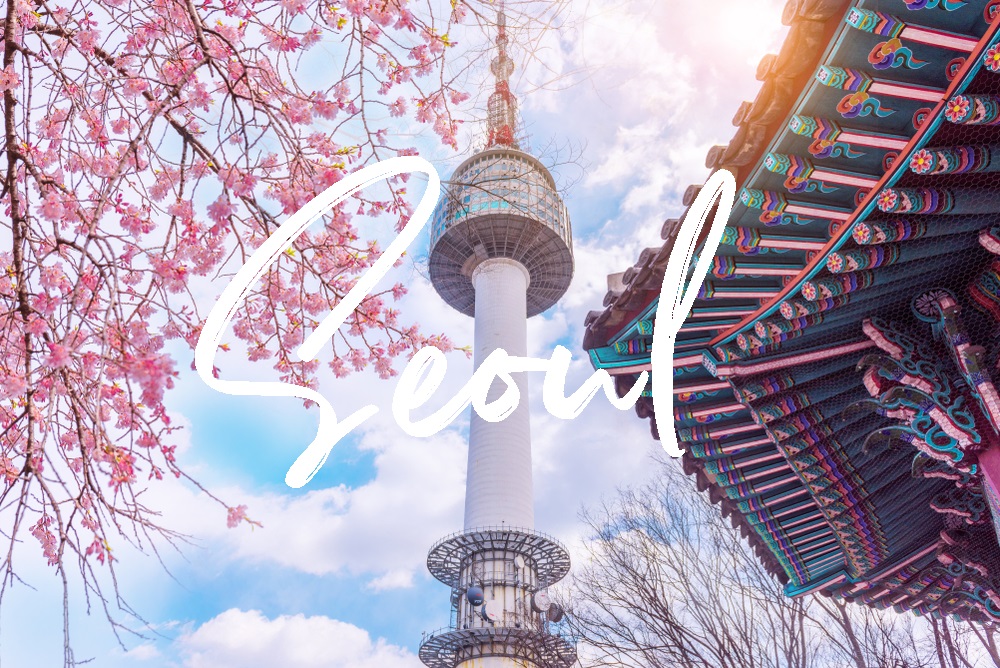 Seoul (서울) is the capital of South Korea. With a municipal population of over 10.5 million, and a metropolitan population totaling over 20.5 million, Seoul is by far South Korea’s largest city and one of East Asia’s financial and cultural centers!

WHAT TO KNOW BEFORE VISITING SEOUL

Transportation: With more than 20 subway and extension lines, and hundreds of bus routes, to say that Seoul is well connected by public transit is an understatement. And despite its rapidly rising cost of living, transit is still cheap — usually only KRW 1,250 (about US $1.05) a ride. Buy a T-Money transit card and load it up at the station kiosks, or stop inside a CU or 7-Eleven and ask the clerk to do it for you. The touch-card will work on every subway, bus, and taxi — not only in Seoul, but nationwide. The super handy KakaoMap, KakaoMetro, and KakaoBus apps will help you navigate, and the Kakao T app will let you order a cab even without a Korean credit card (just select the “pay to the driver” option).

For the most part, a trip on the metro will get you within a short walk of your destination, and faster than a taxi in traffic ever could. But if you’re out late and the subway isn’t operating, do hail a cab. You’ll know the driver is available when you see the red 빈차, or “empty car,” sign illuminated in the windshield. The meter starts at KRW 3,800 (about US $3.15).

Clothing: For all its trendiness, Seoul is still a conservative creature. Travelers might attract unwanted stares for low-cut shirts, bare backs, and exposed shoulders — especially in more traditional areas, outside the touristy neighborhoods of Itaewon, Hongdae, or Gangnam. (Yet, somehow, micro-minis and short shorts are totally fine.)

Communication: Most South Koreans understand elementary English, and while they might be shy about practicing with you, you can absolutely get around the city without any extensive Korean skills.

South Koreans are a proud people; when an outsider shows an appreciation for the local customs, food, and language, locals usually respond with praise and a warm smile — and maybe even a freebie or two at a restaurant.

For the most part, however, Seoul’s billed as a year-round destination. While it’s probably not completely untrue, there are some times you’d do best to avoid including the Korean Lunar New Year, Chuseok, and the summer monsoon season.

Lodging options are wide-ranging — hotels, guesthouses, hostels, and Airbnbs abound. There’s the affordable and the not-so-affordable. There’s the so-called Western style, with beds, and the more traditional Korean style, with sleeping mats on the floor.

If you opt for an Airbnb, note that many Korean bathrooms don’t have bathtubs or shower stalls. Essentially the entire bathroom is your shower stall, so the whole floor is wet after you wash. That’s where those plastic sandals come into play (most Airbnb hosts will provide them).

If you opt for a hotel, I recommend The Metro Hotel which is within walking distance to shopping areas, street food, and public transportation. Small clean rooms with complimentary water, tea and coffee facilities. The hotel offers a complimentary smartphone that you can use to make local calls and take out when exploring.

The hotel offers a free massage chair to use in the main lobby which is nice after a tiring day sightseeing.

No matter your gastronomic pedigree and preference, you’ll find something to suit your tastes. But there are the quintessential Korean dishes that should be on every traveler’s eating itinerary: Samgyeopsal and galbi barbecue, grilled right at the table and bundled in lettuce bites. Bibimbap (mixed rice and vegetables), topped with an egg and spicy gochujang sauce. Haejangguk, samgyetang, and other hearty and comforting soups. Kimbap (sushi rolls). All the banchan side dishes. And all-you-can-eat kimchi, of course.

And then there is the street food. The market areas of Myeongdong and Dongdaemun may have the best selection of snacks, but you’ll find street stalls most anywhere you go in Seoul. Some treats to keep an eye out for: ddeokbokki (spicy rice cakes); gochi meat skewers; cheese “corndogs” coated in sugar; gyeranbang (egg bread); twikim (breaded and deep-fried vegetables and dumplings); hoddeok (pancakes filled with syrup); cup chicken; ice cream-stuffed waffles…. the list goes on and on.

HOW TO GET TO SEOUL FROM INCHEON INTERNATIONAL AIRPORT

The easiest and most convenient way to get to Seoul from the airport is to take a combination of the Airport Railroad Express (AREX) and subway to get to your accommodations.

Otherwise, you can take a taxi to your accommodations.

You may also check out 6D5N Seoul Itinerary to plan yours better!